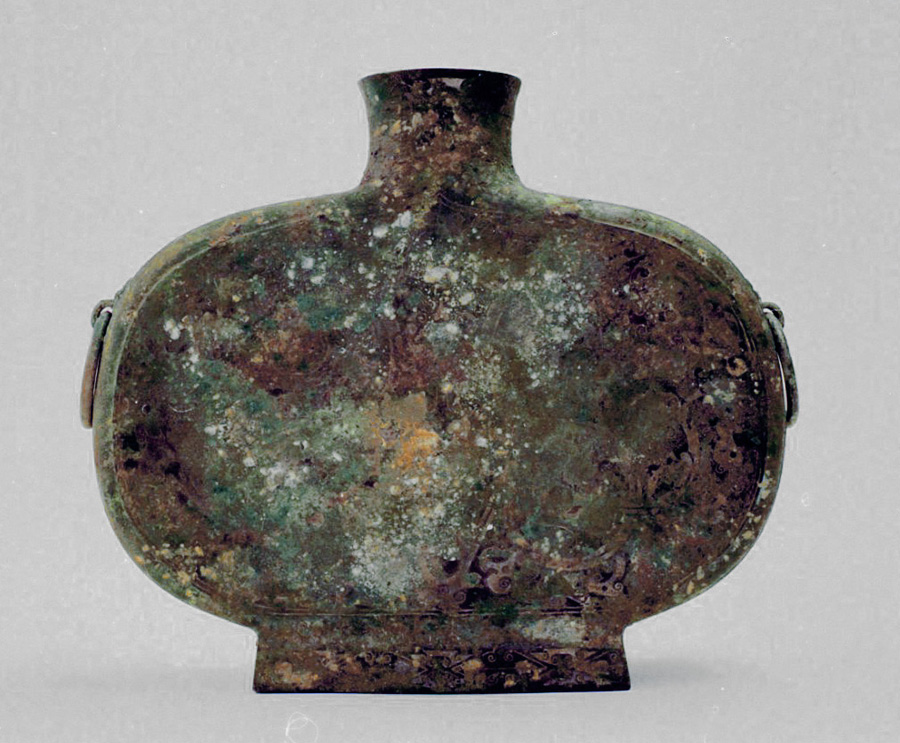 When this piece first came to us it was impossible to tell that it had such elaborate, decorative inlays and was so fine-looking example  of its ilk. It was composed of a copper alloy, and had filthy deposits of chlorides all over it.  The inlaid designs that we suspected were underneath, were obscured by hard salt deposits.  Cleaning and conservation brought the beauty of this piece, known as a “Bianhu”, to light.

Conservation and restoration of inlaid bronze.

The conservation and restoration processes consisted of applying a thin layer of non-abrasive chemical paste (a recipe with over a half dozen different ingredients) used to soften the very hard encrustations.  The softened deposits had to be carefully removed by hand, but had to be consistently vetted to determine  how readily they could be dislodged—sometimes they were just not ready and needed to “cook” some more.  This was a painstaking process, as most restoration processes are, and cannot be rushed.  It required many separate efforts over many months; thin layer, after thin layer of the encrustations was removed, and the chemical paste reapplied countless times.
After the final “stripping,” the bianhu was submerged in a solution to clean the silver inlay, without removing the patina from the bronze, another complicated operation.  (Just as in medicine, we abide by:  “First, do no harm.”)

The inlays were then inspected as the metals that originally held them in place had corroded and were no longer reliable structures to support the designs; the loose inlays were secured in place and lastly, the vessel was sealed with a microcrystalline wax used to protect the surface against environmental elements.  The beauty that resulted was amazing and one could never have foreseen that such splendor was buried below that layer of murky crust. 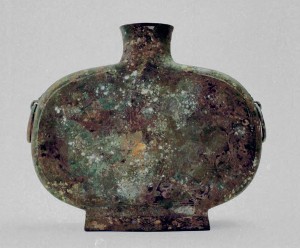 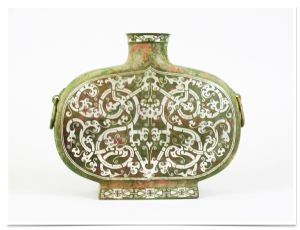